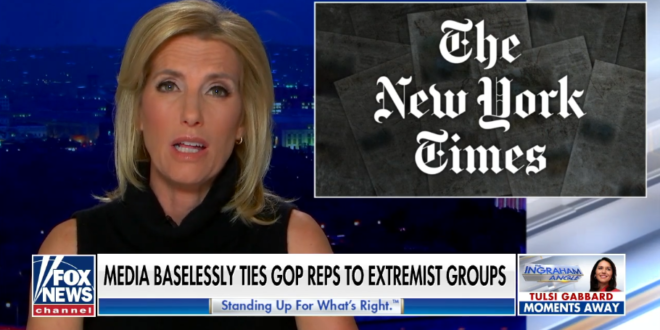 According to The Times, Mr. Gosar and a handful of other Republican members of the House had deeper ties to extremist groups who push violent ideas and conspiracy theories, and whose members were prominent among those who stormed the halls of Congress.

Now, of course, The Times evidence of these deeper ties doesn’t go beyond giving speeches, attending similar events, maybe even posing for photos. And the evidence that the groups in question are white supremacy militias? Well, that comes from the smear group the Southern Poverty Law Center.