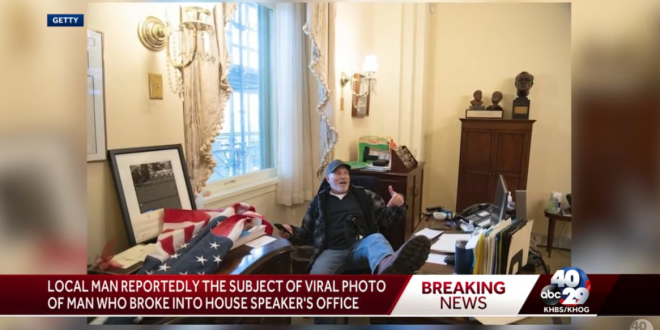 An independent glass and glazing contractor in Gravette, Arkansas, Barnett was an early participant in the federal program that aimed to help small businesses survive COVID-related shutdowns and continue paying their employees.

In his PPP application, Barnett, 60, said the loan would preserve one job, presumably his own, and was based on total payroll costs of $44,640 at his enterprise. Barnett did not mention receiving government assistance when he bragged to The New York Times about breaking into Pelosi’s office and leaving her a nasty note.

That’s Richard “Bigo” Barnett, 60, from Gravette, Ak., showing off the personalized envelope he took from Speaker Pelosi’s office. He insisted he didn’t steal it — “I left a quarter on her desk.” pic.twitter.com/aST7MCoRwP