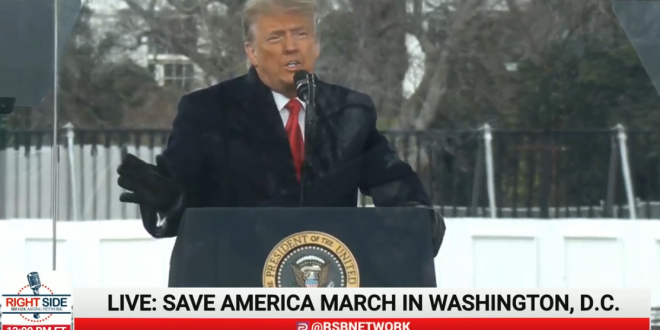 Democrats laid plans Friday for impeaching President Donald Trump, even as he’s headed out of the White House, and House Speaker Nancy Pelosi said she had spoken to the chairman of the Joint Chiefs of Staff about preventing an “unhinged” Trump from ordering a nuclear strike in his final days.

Pelosi and the Democrats are considering swift impeachment — beginning Monday — after the deadly siege of the U.S. Capitol by a pro-Trump mob that shocked the nation and the world. “We must take action,” Pelosi declared on a private conference call with Democrats.

Conviction in the Republican Senate at this late date would seem unlikely, though in a sign of Trump’s shattering of the party many Republicans were silent on the issue. One Trump ally, Republican Minority Leader Rep. Kevin McCarthy of California, said “impeaching the President with just 12 days left in his term will only divide our country more. ”

We have the articles of Impeachment already drafted.

Monday isn’t early enough. The nation is waiting for us to respond ASAP. https://t.co/SUPHq9R27J

House Democrats are currently planning to introduce articles of impeachment against President Donald Trump as soon as Monday, our Hill team reports.

Latest draft of the articles of impeachment that will be formally introduced on Monday includes one article: “incitement of insurrection.” Reps. Cicilline, Lieu and Raskin are taking the lead pic.twitter.com/DUaVALWgzM

Previous Murkowski: “I Want Trump To Resign, I Want Him Out”
Next Twitter Bans Michael Flynn And Lawyer Sidney Powell