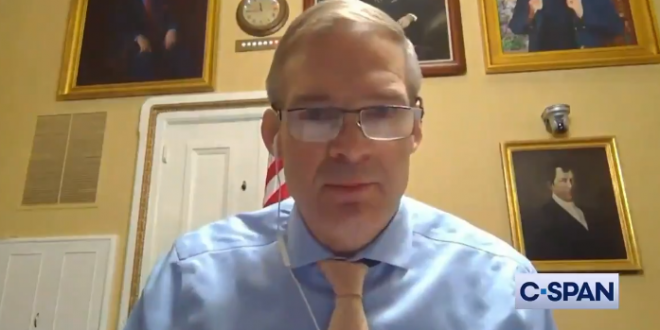 In a fiery exchange during a meeting of the House Rules Committee Tuesday morning, committee chair Rep. Jim McGovern (D-MA) grilled Jordan — in an effort to get the Ohio congressman to state that Biden won a fair contest.

“Will you admit that Joe Biden won fair and square?” McGovern asked Jordan. “And the election was not rigged or stolen?” After a brief audio cutout, Jordan replied by launching into a full commentary — rather than directly answering the question.

“What I did over the past several months is follow the process that the Constitution prescribed,” Jordan said, before McGovern interjected. “That’s not the question I asked,” McGovern said.

The full exchange, via CSPAN:

There are 5 words you can say right now to help your country, @Jim_Jordan:

“The election was not stolen.” https://t.co/oCeSkkCgCU

House Rules Committee Chair Jim McGovern (D-MA): “If we want to talk about healing, we have to talk about truth.” pic.twitter.com/0WJEML5qvl