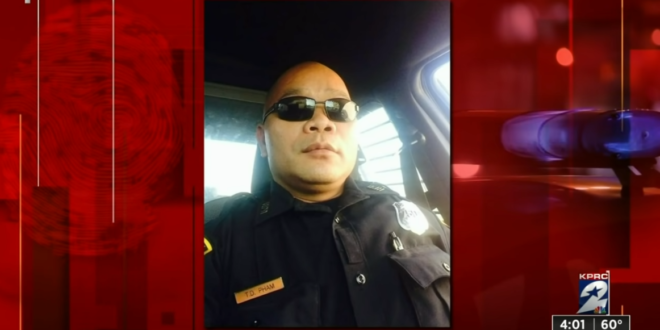 An 18-year veteran police officer, most recently with the Houston Police Department, stormed the U.S. Capitol and then tried to cover his tracks by deleting photos from inside the rotunda and lying about his conduct, federal authorities said Tuesday.

Tam Dinh Pham, a resident of Richmond, Texas, is charged with knowingly entering or remaining in a restricted building or grounds without lawful authority and violence entry and disorderly conduct on Capitol grounds.

The feds said in an affidavit that Pham at first denied that he went into the Capitol building in a Jan. 12 interview about his activities on Jan. 6. But Pham apparently forgot to clear the images completely off his phone, and the feds spotted them after they asked him to open his deleted images folder.

“I can’t tell you the anger I feel at the thought of a police officer or other police officers thinking they get to go storm the Capitol” – HPD Chief Art Acevedo. https://t.co/qqVQXhOOFS pic.twitter.com/ykU0OUXf5v

Houston cop arrested for storming the U.S. Capitol insists he just wanted to view ‘art on the walls’ https://t.co/tXLF7LKMDK