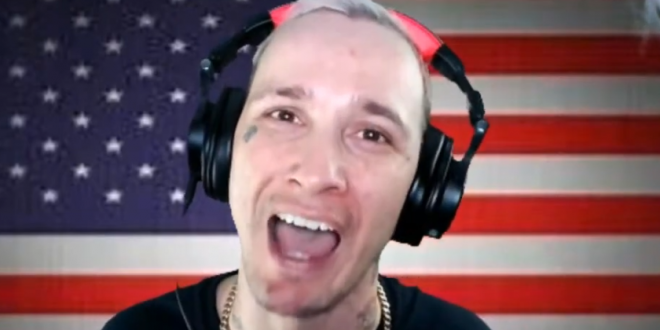 Homocon Has “Fear For My Life” Over Role In DC Riots

Shortly after a mob of President Donald Trump supporters stormed the U.S. Capitol, Kristopher Dreww recorded a fiery video in his Washington, D.C., hotel room. Full of bravado, the 32-year-old Huntington Beach hairdresser and well-known far-right activist praised the insurrectionists as patriots and dispelled the rumor that Antifa members had any involvement the siege that delayed Congress’ certification of electoral votes for President-elect Joe Biden.

“I just got back from storming the Capitol,” said Dreww, who appeared energized and jittery in the video. “It was successful. For all you bitches on Facebook going crazy talking about it was Antifa, and saying it wasn’t us, it was us. We proudly took back our Capitol. They brought the National Guard out for us. We had the (expletive) cops running from us. Not because they are bitches but because they are smart. We did it. God it’s so exhilarating!”

Read the full article. As you’ll see, Dreww now tearfully claims he was peacefully eating a sandwich under a tree during the riot and that the FBI would be “wasting their time” coming after him. Dreww says he fears for his life and that his beauty salon is doomed. His YouTube channel is titled “The Adorable Deplorable” and many of his clips featured him “owning” gays by showing up at LGBT events in Trump drag.

‘I’m scared. I fear for my life,’ the 32-year-old hair salon owner says in an interview #SoCal #capitolbreach #ProudBoy https://t.co/5qxY93oIQ9