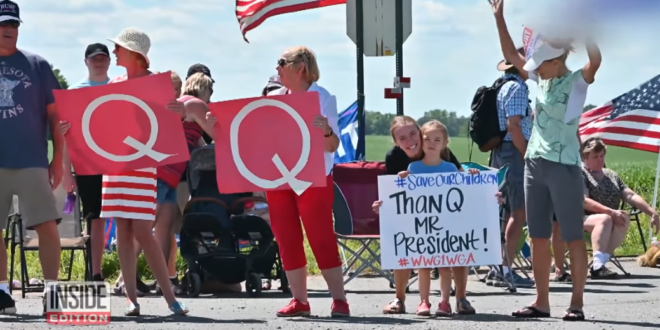 The Hawaii GOP is facing backlash Sunday after a series of tweets — now deleted — that expressed support for QAnon conspiracy theorists. Tweets were posted Saturday night on @GOPHawaii and deleted Sunday morning without explanation.

On Sunday night, Hawaii GOP vice Chair of communications Edwin Boyette resigned through a Facebook post. In his statement, he wrote “the discussion of the Q-Conspiracy was an error of judgement.”

The messages on the Hawaii Republican Party’s Twitter account said followers of QAnon don’t deserve mockery and that they were “largely motivated by a sincere and deep love for America.”

If QAnon people love this country, they have a funny way of showing it. They think every living president before Donald Trump is a Satanic child eater. Then a bunch of them stormed the Capitol. https://t.co/FBLItijwkT

The HawaiiGOP (@gophawaii) has deleted a bunch of posts, but yesterday they were desperately trying to convince people that the QAnon story was compelling and believable and people who fell for it shouldn’t be criticized.

It was enough to make you wonder who they were defending.

That story, let’s not forget, was that there was an international sex ring of baby-eaters, and just coincidentally they were all people the GOP disagreed with politically.

That was the story @gophawaii insisted was compelling and believable.

The ideological sterilization of social media will lead to greater polarization.

Rather than challenging or being challenged by ideas – people will immerse themselves in narrowly tailored echo chambers. https://t.co/5pmMZg58UN

“A wicked and adulterous generation seeketh after a sign; and there shall no sign be given unto it, but the sign of the prophet Jonas. And he left them, and departed.”