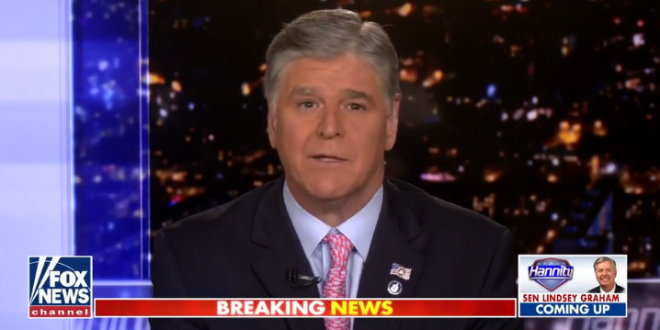 “Now the Georgia Republican Party Chair has pointed out that the conversation with the President yesterday, released by the secretary of state who — who, by the way, is now on television just saying things that are blatantly untrue.

“The President laid out the case over and over again that he believes this is where hundreds of thousands of votes for him existed that weren’t found, and the idea that he was pressuring the secretary of state was baloney.

“And the fact is as a matter of state law in Georgia, if you’re having a settlement discussion and you agree that call is private, well that’s, you know, that — that is an entirely different arena. – Sean Hannity, on today’s radio show.

The GA secretary of state’s office requested that their general counsel be on the phone call, but the call was not scheduled for the purpose of settling any pending litigation, as falsely alleged by the Georgia Republican State Party Chairman, a source tells @JulesJester.