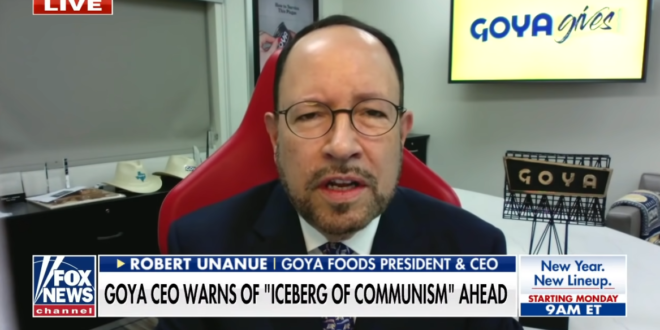 Goya Foods has voted to silence its pro-Trump CEO Robert Unanue following his recent television appearances questioning the results of the presidential election, The Post has learned.

The Hispanic foods giant on Friday agreed to censure Unanue, 67, for controversial remarks in the wake of the deadly Jan. 6 invasion of the US Capitol building, including on Jan. 20 when he called President Biden’s election “unverified” during an appearance on Fox Business.

The vote by a majority of Goya’s nine-member board means Unanue must now obtain board permission before making any more media appearances, sources close to the situation said.

On inauguration day, shortly after President Trump made his farewell remarks, Unanue appeared on Fox Business’ morning show and told anchor Maria Bartiromo that there was a “war coming” and that President Joe Biden’s election was “unverified.”

His praise of Trump sparked a backlash from a number of leading Hispanic politicians, including Congresswoman Alexandria Ocasio-Cortez and former Obama cabinet member Julian Castro. Some other people on social media called for a boycott.

That in turn prompted a so-called “buy-cott” by Trump supporters, including Ivanka Trump, who urged the president’s backers to buy Goya products. 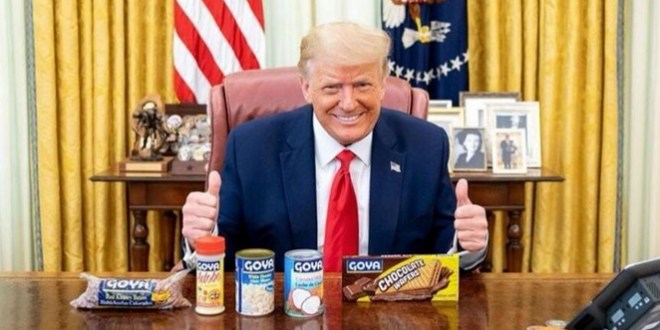