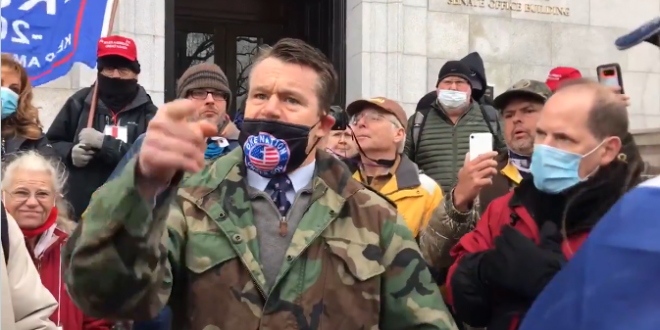 In a clip posted this morning to Twitter, Republican Sen. Todd Young of Indiana battles a crowd of cultists who are furious that he won’t be objecting during today’s session to certify the results of the Electoral College.

Young tells the crowd, “My opinion doesn’t matter. And you know what, when it comes to the law, our opinions don’t matter. The law matters. I actually share you concerns. I share your convictions. I agree that Donald Trump should remain our president.

Republican senators are being swarmed by Trump protesters on the Hill. Here’s an exasperated @SenToddYoung saying he won’t vote against certifying the election.

“I took oath under God… does that still matter in this country?” pic.twitter.com/9nQEbt9Okl