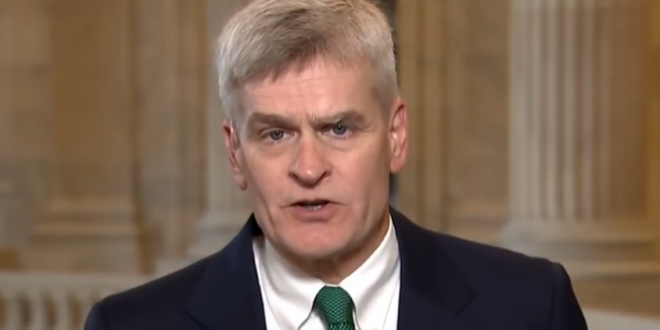 Sen. Bill Cassidy (R-La.) released photos of a man wanted in connection to U.S. Capitol Police officer Brian Sicknick’s death due to injuries sustained during the Capitol riots last week. One of the photos shows a man with a beard in the mob of President Trump’s supporters at the Capitol.

In the photo he is wearing a blue hat with the letters “CFD” on it and a gray and black plaid shirt. The other shows a man wielding a red object. Sicknick, who served 12 years with the Capitol Police, died last Thursday from injuries he sustained “while physically engaging with protesters,” the force said in a statement.

U.S. Capitol Police just shared this picture with me. This man is wanted for questioning in connection with the murder of fallen Capitol Police Officer Brian Sicknick.