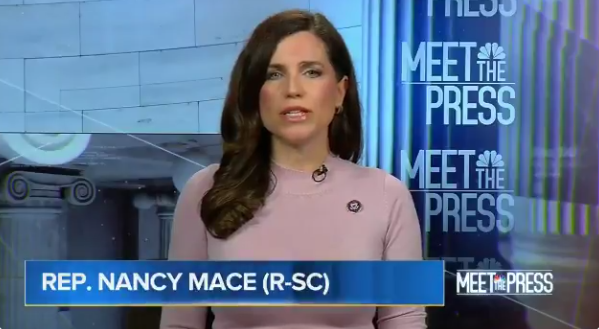 GOP Rep: “Trump Put All Our Lives At Risk” [VIDEO]

Newly-seated Rep. Nancy Mace (R-S.C.) said Sunday that President Trump “put all of our lives at risk” with his rhetoric before the Jan. 6 storming of the U.S. Capitol. Mace made the comment while discussing a bipartisan effort to censure Trump, which she said Speaker Nancy Pelosi (D-Calif.) had overruled in favor of impeaching Trump a second time.

“We feared for our lives, many of us that day, and our staff. And, as you know, my children were supposed to be up there,” she said. “And if they had been, there like they were supposed to be, I would have been devastated. And so, we do need to find a way to hold the president accountable.”

WATCH: Freshman Rep. Nancy Mace (R-S.C.) calls GOP objections to the electoral college “enormously disappointing.”@RepNancyMace: “I literally had to walk through a crime scene where that young woman was shot and killed to get into the chamber to vote” to certify the election. pic.twitter.com/1UXDA9QVsm