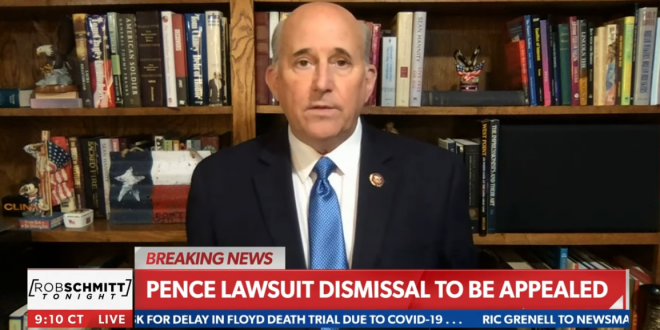 Gohmert: Rejecting My Lawsuit Is A Call To Violence

“With regard to the standing issue, if a member of Congress who is going to object to electors that were fraudulently sit there, and a state has sent two sets, and I don’t have standing, to go to court and say the electors act, it has got an unconstitutional provision, if I don’t have standing to do that, nobody does.

“And if the appropriate defendant is not the vice president, that under the constitution has the power to make that determination, then there is none.

“But bottom line is, the court is saying we’re not going to touch this, you have no remedy, basically in effect the ruling would be that you got to go to the streets and be as violent as antifa and BLM.” – Louis Gohmert, speaking to Newsmax.

Yeah. Just treason-weasel Louie Gohmert casually calling for violence in the streets cause his batshit crazy attempt sue Vice President Mike Pence to force him to overturn the election was thrown out on its ass by the court.#SeditionHasConsequences pic.twitter.com/q9pw9V3rZX

And this fool is allowed to serve on the Judiciary Committee??? https://t.co/QfdVJjcc44