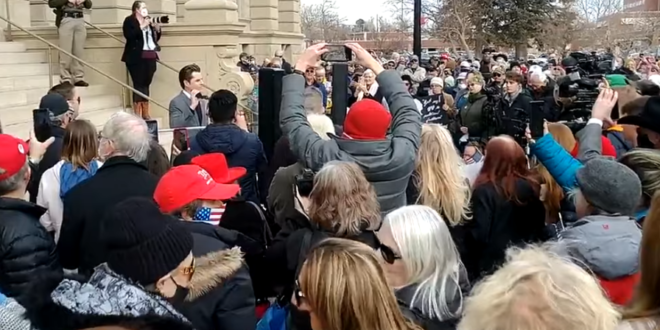 Gaetz Rallies Against Liz Cheney In Her Home State

Rep. Matt Gaetz (R-Fla.), one of former President Trump’s most ardent supporters, took aim at House Republican Conference Chair Liz Cheney (R-Wyo.) on her own turf on Thursday, holding a rally calling for her ouster.

Hundreds gathered outside the Capitol building in Cheyenne, where the Florida Republican railed against the No.3 Republican in the House just one day after House Minority Leader Kevin McCarthy (R-Calif.) called on members of the conference to stop attacking each other.

At one point during his speech, Donald Trump Jr., the former president’s son, called in to take aim at the Wyoming Republican, who is the daughter of former Vice President Dick Cheney.