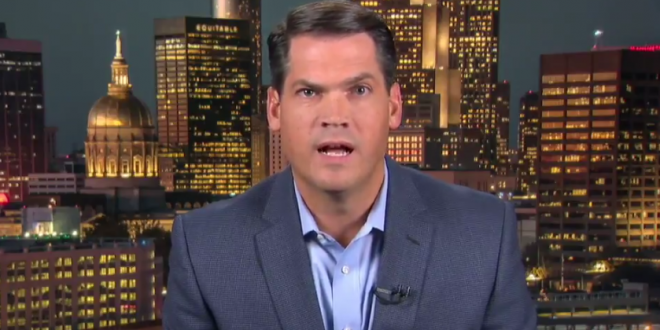 Georgia’s Republican lieutenant governor on Monday condemned President Donald Trump’s phone call with Secretary of State Brad Raffensperger, saying the President’s effort to pressure the state’s top election official to falsify election results was “inappropriate.” “I am 100% certified to tell you that it was inappropriate. And it certainly did not help the situation,” Geoff Duncan told CNN’s Alisyn Camerota on “New Day.”

“It was based on misinformation, it was based on, you know, all types of theories that have been debunked and disproved over the course of the last 10 weeks.” Duncan, who voted for Trump in the 2020 election, said he was “disappointed” by the phone call and defended Raffensperger. Duncan, however, demurred when asked if he believes the call should be referred to the state attorney general for investigation, saying he will “let the attorneys figure that out.”

“As Republicans, we support law enforcement & law enforcement has been a part of this process since day one,” Georgia Lt. Gov. Geoff Duncan says. “It concerns me that folks continue to fan the flames of misinformation for the sole purpose of wanting to flip an election.”

Less than 24 hours until Election Day! Make sure you have a plan to get to the polls tomorrow & help us #GOTV by reminding your friends & family too! It’s critical that we all show up to ensure @KLoeffler & @Perduesenate are able to continue fighting for us in Washington. #gapol

GOP Georgia Lt. Gov. Geoff Duncan: “I do think it is irresponsible to fan the flames on misinformation.” pic.twitter.com/V0utGINxJx