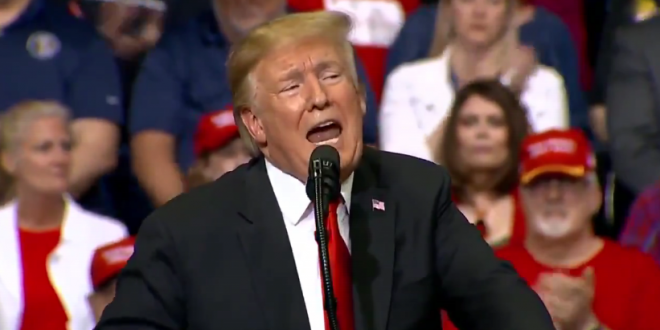 After Twitter took the major step Friday of permanently banning President Trump’s @realdonaldtrump Twitter account, the President aimed to get the last word in through his government account @POTUS which has a fraction of the Twitter followers but still offered the President a megaphone on the service to send out a few last tweets.

The tweets were deleted within minutes by Twitter which does not allow banned individuals to circumvent a full ban by tweeting under alternate accounts. In screenshots captured by TechCrunch, Trump responds to the account ban by accusing Twitter employees of conspiring with his political opponents.

The president is “ballistic,” a senior administration official said after Twitter permanently took down his account, citing the possibility that it would be used in the final 12 days of Trump’s presidency to incite violence. The official said Trump was “scrambling to figure out what his options are.”

In a statement issued by the White House, Trump said he’d been “negotiating with various other sites” while “we also look at the possibilities of building out our own platform in the near future.” But aides did not reveal what plans were in the works.

Trump entered office boasting of how he was the “Hemingway of 140 characters” and crediting Twitter in particular for powering his political ascent. More than 56,000 tweets later, he leaves it amid a futile game of Whac-A-Mole with the tech moguls he despises, exiled to the outer provinces of the internet. 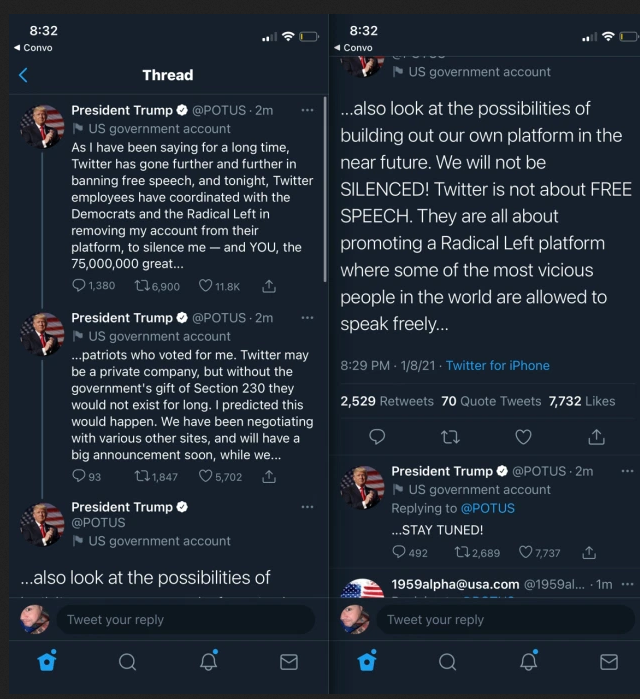