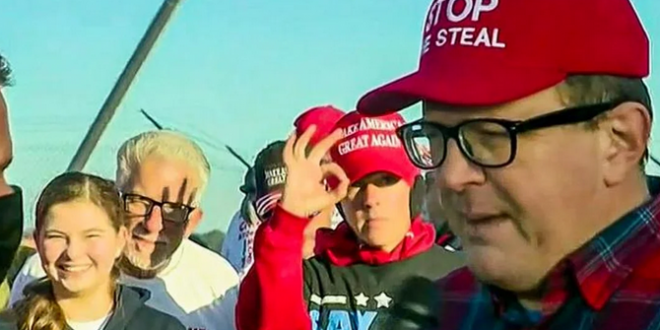 Fox News on Monday cut the video feed of an interview after a Trump supporter repeatedly flashed what appeared to be a white supremacist hand signal. As correspondent Griff Jenkins was speaking to a man about the rally, a man positioned directly in front of the camera, who was wearing a “Make America Great Again” hat, began flashing what has been called a white power hand sign.

As you’ll see in the clip, after the man makes the sign over and over, Fox fades to a still shot of the White House as the interview continues by audio only.