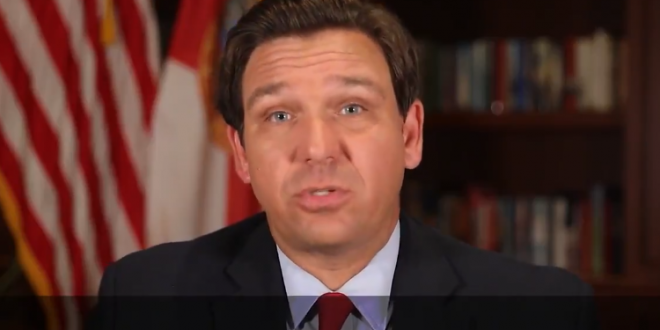 Florida’s county-by-county plan to vaccinate its elderly population has created a mass scramble for a limited number of doses, leading to hourslong lines at vaccination sites and overwhelmed county hotlines and websites. The first-come, first-serve plan led to huge lines forming overnight Tuesday as people camped out on lawn chairs and waited for hours. Bruce Scott told CNN he arrived at a Lee County vaccination site at 1:30 a.m. and waited in a line for about 8 or 9 hours to get vaccinated.

Gov. Ron DeSantis “decided that Florida residents over the age of 65 would be given priority over essential workers,” Aubrey Jewett, a longtime Florida politics watcher and associate professor of political science at the University of Central Florida, said by email.

“This is a different priority from the federal recommendation but justified by the fact that Florida has the 2nd largest percentage of seniors in the country (about 20%) and that people over the age of 65 make up about 80% of the fatalities from Covid-19.”

But while DeSantis and his administration have taken on a “coordinating role” and made sure that the first doses went to front-line health care workers and nursing home residents, the decisions about how to embark on phase two of vaccine distribution are made on the county level, Jewett said.

When will more vaccine arrive in our area? Local health officials say they don’t know. Jared Moskowitz, director of the state’s division of emergency management, told the Sentinel that the state directed about 700,000 dosages of the vaccine to counties and other providers so far, but only a fraction have been used.

Moskowitz said providers who get shots into arms quickly will be first in line for more doses. But, he added, the state has received little clarity from the federal government for long-term planning. Moskowitz said he is only told how many doses a shipment will contain about a week in advance.