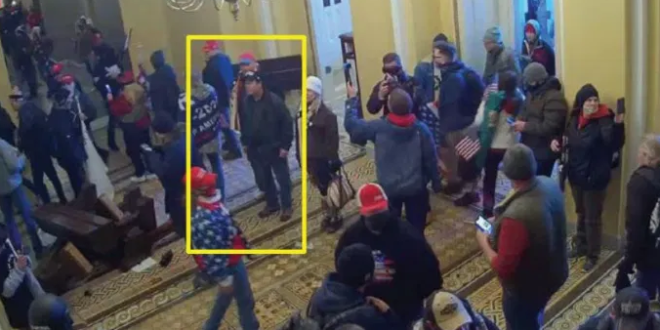 A rabbi from the Tampa Bay area became the latest person with ties to Florida to be arrested for their alleged role in the U.S. Capitol riot earlier in January.

The Department of Justice has filed several charges against Michael Stepakoff, who was caught on camera among the group that stormed the building on January 6th following a rally for former President Donald Trump. Stepakoff is the rabbi at Temple New Jerusalem, a messianic synagogue located in Palm Harbor.

Documents from the DOJ say Stepakoff could be seen on surveillance video in the Capitol building, taking photos with his cell phone after entering. Stepakoff later posted photos on social media, including a photo of him with a large group.

*Michael Stepakoff, a Messianic rabbi from Palm Harbor FL, is charged in the Capitol riot.
*On Jan. 6, he posted selfie & photos of Trump supporters near Capitol with caption: “Epic and historical moment.”
*His lawyer said: “He got caught up in the crowd.”https://t.co/WOyAbuktTJ pic.twitter.com/B1LVTc1i0D