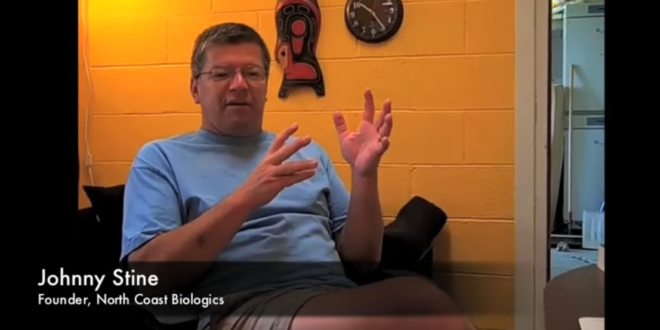 A Washington entrepreneur who branded himself a biotech expert and sold an alleged COVID-19 “vaccine” he created in his personal lab has been arrested.

Johnny Stine, 56, has been charged with introducing misbranded drugs into interstate commerce after he advertised his concoction for between $400 and $1,000, according to the Department of Justice.

The Washington State Attorney General issued a cease and desist letter to Stine in late April, but Stine refused and continued selling the vaccine, which he now referred to as an immunogen, telling him to stop making claims and offering his “vaccine” for COVID-19.

Note the dates on the tweets below.

A Washington entrepreneur who branded himself a biotech expert and sold an alleged COVID-19 “vaccine” he created in his personal lab has been arrested.https://t.co/hVi2vuulk9

“Should I pop up and get your vaccine started?????,” wrote Johnny Stine, who runs North Coast Biologics, a Seattle biotech company with a focus on antibodies. “Don’t worry — I’m immune — I have boosted myself five times with my vaccine.” https://t.co/fHlJO6w8U2

Following our lawsuit nearly a week ago, North Coast Biologics and its owner, Johnny Stine, agreed to refund Washingtonians harmed when the company falsely claimed to have created a COVID-19 vaccine. Read about the agreement here: https://t.co/T9uIBUFZAU pic.twitter.com/Ra0NUIZOwW

The mayor of Friday Harbor caused a social media stir this month by inviting Johnny Stine of North Coast Biologics to visit him during a restricted travel period and perhaps have him try Stine’s unauthorized COVID-19 solution. https://t.co/vtOxhn5nRk