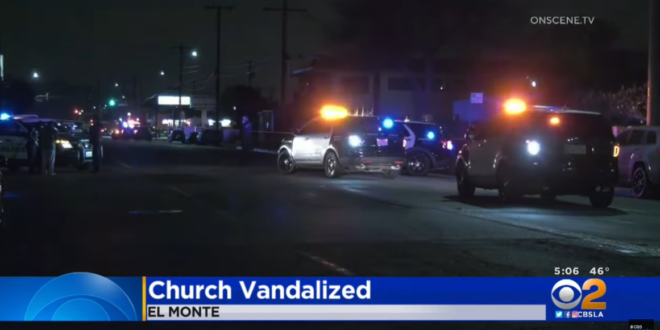 The FBI and local police are investigating an explosion early Saturday at a Los Angeles-area church that had been the target of protests for its anti-LGTBQ message.

Protestors have repeatedly targeted the church headed by Pastor Bruce Mejia, who has condemned same-sex relationships. A statement on it website says: “We believe that homosexuality is a sin and an abomination which God punishes with the death penalty.”

An investigation is underway following an explosion early Saturday morning at a Los Angeles-based church.https://t.co/t3MtoHB4Lq