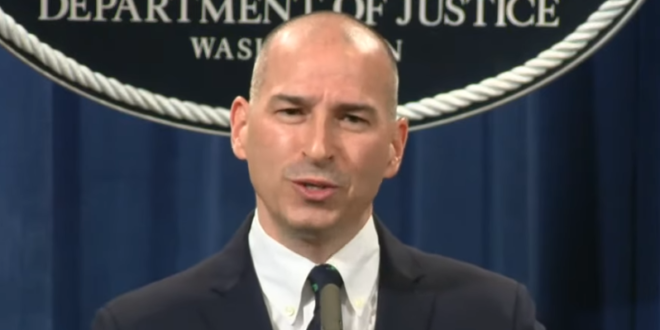 FBI Investigating 160+ Felony Cases Tied To Sedition And Conspiracy: “That’s Just The Tip Of The Iceberg”

U.S. authorities on Tuesday cast last week’s storming of the Capitol by a pro-Trump mob as a plot to overthrow the government, with the nation’s top uniformed officers calling it “a direct assault on the U.S. Congress, the Capitol building, and our constitutional process” as federal prosecutors examine more than 160 cases and consider charges including sedition.

The resolute stance from the country’s top military and law-enforcement institutions comes as Washington grapples with continuing security concerns and threats of violence centered around next week’s inauguration of President-elect Joe Biden.

The unusual message from the Joint Chiefs of Staff represented the first unified military statement about Wednesday’s assault, in which a violent, pro-Trump mob forcibly entered the Capitol where lawmakers were voting to certify Mr. Biden’s presidential victory.

NEW: FBI official on response to deadly Capitol siege: “In six days, we have opened over 160 case files—and that’s just the tip of the iceberg.” https://t.co/07Jg0OZo0R pic.twitter.com/aEd32ejBNq

The FBI and DOJ are investigating ‘significant felony cases tied to sedition and conspiracy’ after the Capitol riot https://t.co/iCljUvAeAe