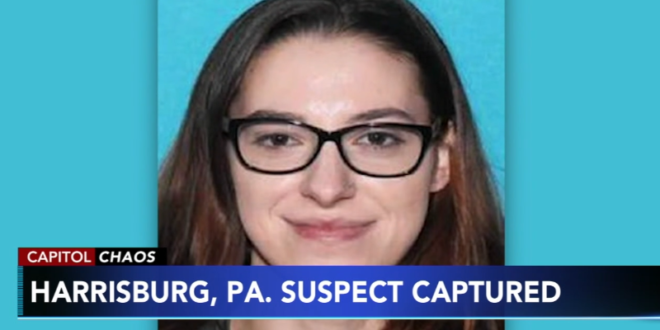 Federal authorities arrested a woman whose former romantic partner says she took a laptop from House Speaker Nancy Pelosi’s office during the riot at the U.S. Capitol earlier this month. Riley June Williams was arrested Monday, according to a Justice Department official.

It’s not yet known when her initial court appearance will be. Pelosi’s deputy chief of staff, Drew Hammill, confirmed Jan. 8 that a laptop was taken from a conference room but said “it was a laptop that was only used for presentations.”

Williams’ mother, who lives with her in Harrisburg, told ITV reporters that her daughter had taken a sudden interest in President Donald Trump’s politics and “far-right message boards.”

An ex-partner of Williams’s, identified only as W1 in court filings, told the FBI that friends of Williams played a video of her stealing the drive or computer from Pelosi’s office, and that Williams “intended to send the computer device to a friend in Russia, who then planned to sell the device to SVR, Russia’s foreign intelligence service,” a criminal complaint states.

Williams was charged with trespassing and disorderly conduct in the Capitol, after her mother told police in Harrisburg, Pa., that Williams packed a bag and fled without disclosing her destination, according to the FBI.

Previous Bed Bath & Beyond And Kohl’s To Drop MyPillow
Next Carlson: DC Troops Are There To Silence Dissent