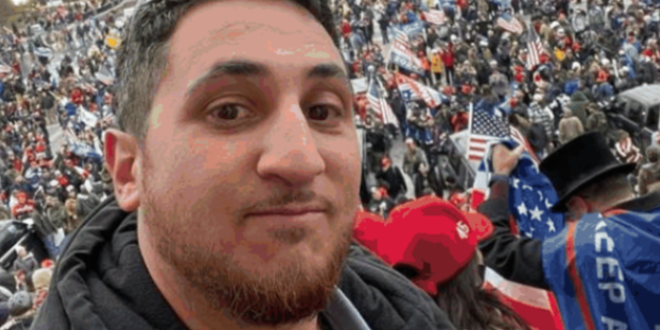 A Manhattan pickup artist with an interest in the far-right Qanon conspiracy was arrested on Wednesday for allegedly participating in the deadly insurrection at the U.S. Capitol earlier this month.

Samuel Fisher, an Upper East Side resident who appears to run a sparsely-watched YouTube channel devoted to “help[ing] men get high value girls,” was taken into custody at his Yorkville home on Wednesday morning.

Fisher also posted on a personal website under the alias Brad Holiday, prosecutors said. The page is littered with far-right memes, including references to the anti-Semitic “Protocols of the Learned Elders of Zion,” and delusional screeds inspired by the Qanon movement accusing Joe Biden of pedophilia.

Dramatic video shows the moment cops and FBI agents closed in and arrested a Trump fanatic and gun nut with an SUV loaded with 1,000 rounds of ammo on the Upper East Side on Inauguration Day. The video shot by a neighbor shows Samuel Fisher, 35, face down on the sidewalk on E. 88th St. near York Ave.

When the feds arrested him Wednesday, he had a shotgun and more than 1,000 rounds of .9-mm rounds and shotgun shells in his SUV, along with knives, two ballistic vests and a copy of the Daily News with Trump on the cover.

Fisher, under the moniker “Brad Holiday,” put himself forward as a dating expert, bodybuilder and MMA fighter. He offered a $250 class in picking up women as part of a wacky program he called Attraction Accelerator.

Samuel Fisher, 35, aka “Brad Holiday” is charged with bringing “multiple firearms and a bulletproof vest,” to Washington, D.C. Fisher who operates “LuxLife Dating Coach” then bragged on Facebook about his role.
https://t.co/NQQ4eH0GAf pic.twitter.com/cGxVQ4pzDO