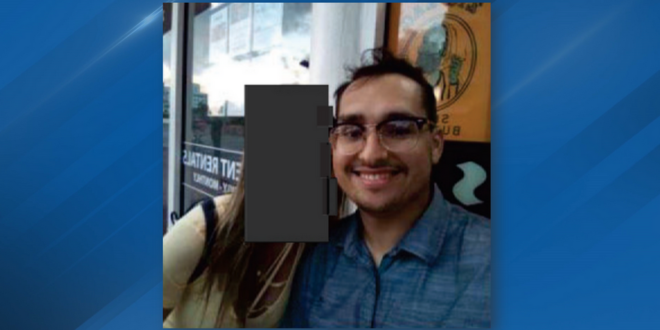 A Florida man wanted for allegedly storming the US Capitol was arrested when he brainlessly returned to Washington, DC, for the presidential inauguration Wednesday, officials said.

Samuel Camargo, 26 — who was allegedly captured in video footage trying to breach the building during the riot on Jan. 6 — went back to his home in Broward County after the deadly siege, according to the Justice Department.

But despite allegedly knowing he was being hunted by the feds, he’s accused of fleeing back to Washington less than two weeks later, prosecutors said.

A Florida resident accused of taking part in the Capitol riot and then returning to Washington in advance of President Joe Biden’s inauguration should be kept behind bars as he awaits trial, a federal magistrate ruled Thursday.

Prosecutors say Samuel Camargo, 26, posted videos on Instagram showing him trying to force his way into the Capitol during the Jan. 6 assault and later displayed a piece of metal that he said came from the historic building. “Got some memorobioia [sic], did it myself,” text on Camargo’s feed said.

Camargo is charged with violating the federal Anti-Riot Act, unlawful entry into a restricted building and disorderly conduct.

Florida man accused of being in Capitol riots was arrested at the inauguration DOJ says. Samuel Camargo knew he was wanted by authorities for being at the riots but returned to DC anyway. He’s being held as a flight risk. pic.twitter.com/qlAB46yHca

Samuel Camargo from Florida posted several photos and videos. In one he holds a metal rod and says, “Got some memorabilia, did it myself.” He became uncooperative with the FBI and questioned the investigators’ “loyalty to the Constitution.”https://t.co/LHZq7f6SJ8 pic.twitter.com/kht4N5Kqao

Previous MS Patent: Chat With Your Deceased Loved Ones
Next Schumer: Senate To Get Impeachment Article Monday