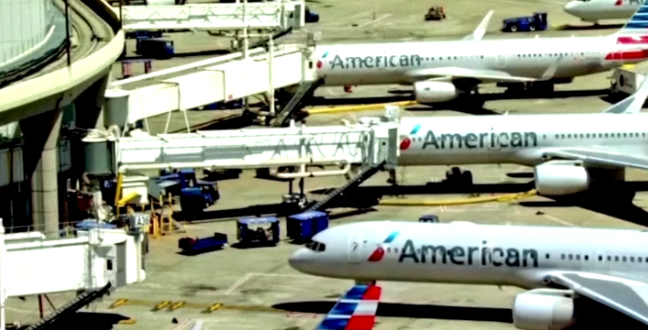 PSA Airlines, one of American Airlines’ largest operators of regional flights, has been “temporarily grounded” by the Federal Aviation Administration for an inspection issue on nearly all of its planes, according to an internal email obtained by CNN. American Airlines tells CNN that 230 of its flights operated by PSA Airlines have been canceled so far, leaving American scrambling to rebook passengers.

PSA says it operates American Eagle flights to 90 domestic airports from such hubs as Reagan National Airport near Washington, DC, and Charlotte Douglas International Airport in North Carolina. PSA Airlines told employees in an email that problems with its fleet of Bombardier CRJ aircraft will have a “significant impact” on the American Airlines flight schedule for “an unknown period of time.”

We’re working to accommodate our mutual @PSAAirlinesInc customers as quickly as possible. You can check your flight status here: https://t.co/hSJ3Skh5fD https://t.co/8z86RdbG9d

About 200 American Eagle flights, including several out of GSP, have been canceled because the planes are undergoing overdue inspections of their nose gear. https://t.co/N9GxNphKwj via @WSPA7