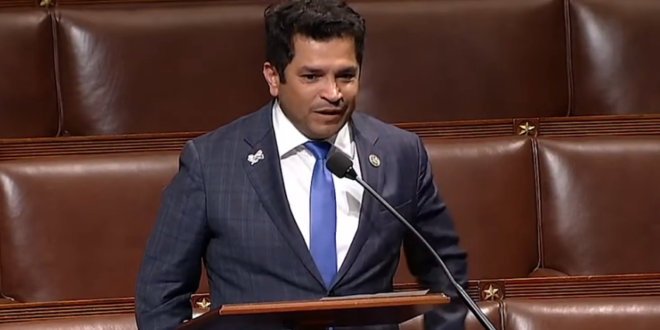 Dem Rep Will Seek To Expel QAnon Rep From House

Rep. Jimmy Gomez wants Rep. Marjorie Taylor Greene booted from Congress. The California Democrat announced on Wednesday that he planned to introduce a resolution to oust the conspiracy-theory-peddling Republican from Georgia after recent news reports revealed that Greene had previously called for violence against Democrats on social media.

A two-thirds majority is required to expel a member from the House, meaning Gomez’s resolution is almost certain to fail in a chamber where Democrats hold a razor-thin majority.

Still, the measure is one of the starkest rebukes yet against the congresswoman, who has antagonized her peers by flouting coronavirus guidelines and has garnered national attention for engaging in the QAnon conspiracy theory.

“Her very presence in office represents a direct threat against the elected officials and staff who serve our government,” @RepJimmyGomez said in a statement calling for Rep. Marjorie Taylor Greene @mtgreenee‘s ouster from Congress.https://t.co/diPSiNVKgc via @matthewchoi2018