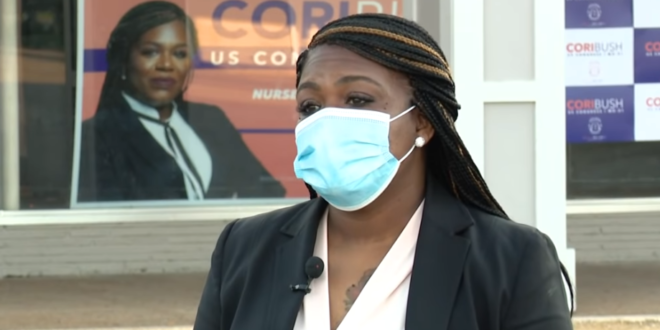 Rep. Cori Bush (D-Mo.) said Friday that she’s moving her office away from Rep. Marjorie Taylor Greene’s (R-Ga.) for her safety. The progressive lawmaker accused Greene and her staff of berating her in a hallway, adding that the Georgia Republican targeted her on Twitter.

Greene has drawn scrutiny this week after a video surfaced that showed her taunting David Hogg, a gun control activist and survivor of the Majory Stoneman Douglas High School mass shooting in Parkland, Fla., before she was elected to Congress.

A maskless Marjorie Taylor Greene & her staff berated me in a hallway. She targeted me & others on social media.

I’m moving my office away from hers for my team’s safety.

I’ve called for the expulsion of members who incited the insurrection from Day 1. Bring H.Res 25 to a vote.

Freshman Democrat Rep. Cori Bush is changing offices after Marjorie Taylor Greene “berated” her and her staff in a hallway. https://t.co/k7FmbNhmA8

🚨BREAKING: @SpeakerPelosi had to directly intervene to move @CoriBush’s office away from Marjorie Taylor Greene’s after an altercation took place.