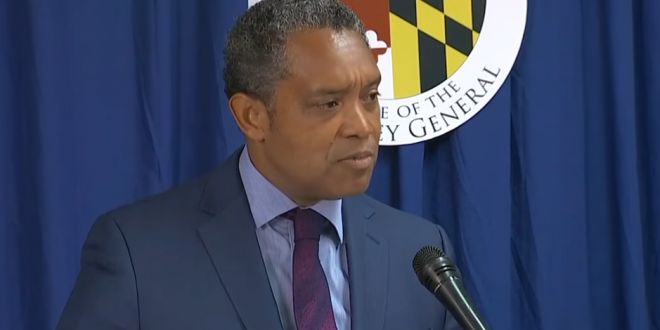 District of Columbia Attorney General Karl Racine is preparing for another round of protests in the nation’s capital next week, when supporters of President Trump are expected to travel to Washington to protest Congress’ certification of Joe Biden’s Electoral College victory in the 2020 presidential election.

“My level of anxiety is high. My preparation is even more intense than that,” Racine told CBS News chief Washington correspondent Major Garrett in this week’s episode of “The Takeout” podcast.

Racine is worried the far-right, white supremacist group known as the “Proud Boys” will return to the District and “pick fights, create damage, damage property, and then act in a very threatening way” towards historic Black institutions in the city like the group did in mid-December.

These armed domestic terrorists are looking for every opportunity to pick fights and to stoke chaos and violence and blame it on others.

Previous Sasse: I Haven’t Heard One Republican Privately Say The Election Was Fraudulent, They All Just Fear Cultists
Next Abrams Group Fears Cultist Violence In Georgia