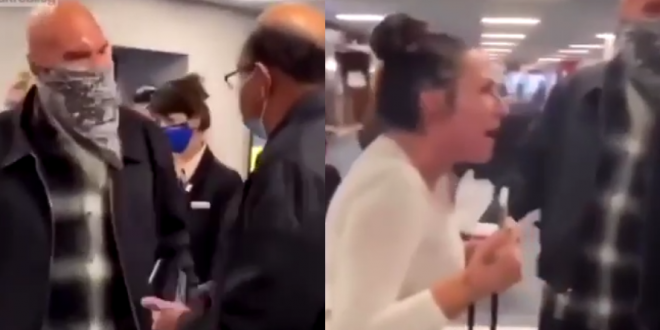 Video posted to Instagram shows Democratic Rep. Lou Correa of California being screamed at by apparent pro-Trump supporters in the Dulles International Airport last Thursday, the latest lawmaker accosted by the President’s supporters at an airport.

The video is edited, full of profanity and was taken by one of the individuals who yelled at Correa. In it, Correa is seen being surrounded and confronted by people in the Washington, DC-area airport located in Virginia.

“They picked me out, and boy, they came at me,” Correa told CNN. It was going to be turning violent,” said Correa. “It wasn’t a fear. It was just a matter of waiting for the first punch to happen.”

Proud of him!!
Retweet if you stand with Congressman Correa against tyranny!! 👊🏽#ImpeachTrumpAgainNOW pic.twitter.com/ROU9JPEGNG