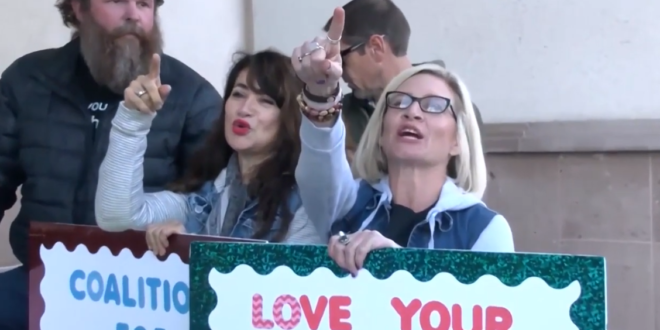 A group of anti-mask protesters that’s been showing up at stores across Fresno caused Sprouts Farmer’s Market to temporarily shut down Saturday. Around noon, the group went to Total Wine & More. Fresno Police Department Public Information Officer Israel Reyes says some of the group members entered the store briefly, made their anti-mask viewpoints known, and purchased some items.

Next, the group headed down the road to Sprouts Farmer’s Market. Reyes says the group tried to enter the store to protest, but the store manager decided to close the store down and call police. Then, Reyes says, people with the Coalition for Civil Liberties tried to place a citizen’s arrest on the employees at Sprouts, citing federal crimes and unlawful discrimination. Fresno Police had a legal adviser on scene, who said the request was bogus.