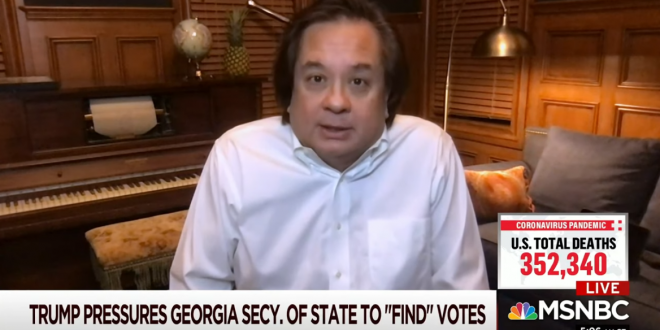 “It’s shocking, but not surprising,” George Conway said during an appearance on MSNBC’s “Morning Joe.” “The real question that pops up here and pops up, again and again, is how delusional is he? Is he that delusional or is this — or is he just desperate, and I think it’s a little bit of both.”

“He is absolutely desperate to avoid leaving office on January 20th, and he’s delusional in the sense that he thinks this is the way to do it,” Conway said.

George Conway on Pres. Trump’s call with Georgia secretary of state: “He’s making his legal situation worse … And if you look at the Georgia statute, it’s pretty clear that this is a crime.”https://t.co/Gg1gjtvmbS