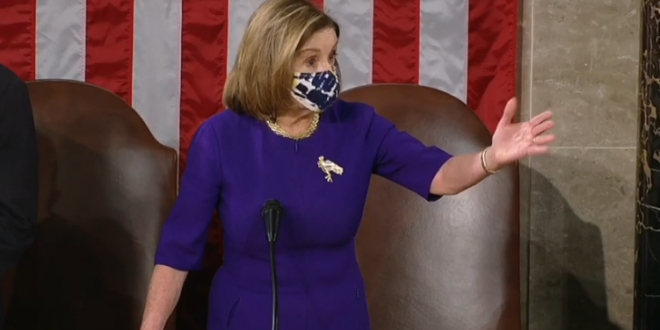 Lawmakers will resume counting Electoral College votes on Wednesday, hours after a mob of Trump loyalists stormed the Capitol, Speaker Nancy Pelosi of California said as she vowed that the attack would not “deter us from our responsibility to validate the election of Joe Biden.”

In a letter to colleagues, Ms. Pelosi said she had reached that decision after consulting with her leadership team and a series of calls with the Pentagon, the Justice Department and Vice President Mike Pence. She made no mention of the president. “We always knew this responsibility would take us into the night,” Ms. Pelosi wrote.

“We also knew that we would be a part of history in a positive way today, despite ill-founded objections to the Electoral College vote. We now will be part of history, as such a shameful picture of our country was put out to the world, instigated at the highest level.”

Breaking News: Lawmakers will resume counting Electoral College votes on Wednesday, Speaker Nancy Pelosi said, after a mob of Trump loyalists stormed the Capitol. She vowed the breach would not “deter us from our responsibility.” https://t.co/461n4SB9gy