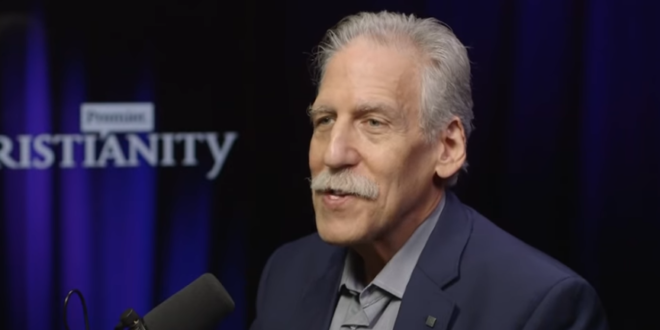 They were flagrant lawbreakers, they brought disgrace to our nation, and they endangered the lives of our political leaders. Yet they stopped for a word of prayer. They lifted up their voices in Jesus’ name. They made intercession for America.

What utter, sheer, brazen hypocrisy. How dare they lift up a prayer to the God whom they are defying at that moment. How dare they lift their hands in worship after using those same hands to illegally breach the Capitol. (Needless to say, it was as nationalistic a prayer as you could pray.)

But it gets worse – and more comically absurd. The men quickly realized that they were wearing hats, and that presented a problem. So, they quickly stopped the prayer, removed their hats – surely, they must be careful in their religious observance – then continued their prayer, ending with a hearty Amen.