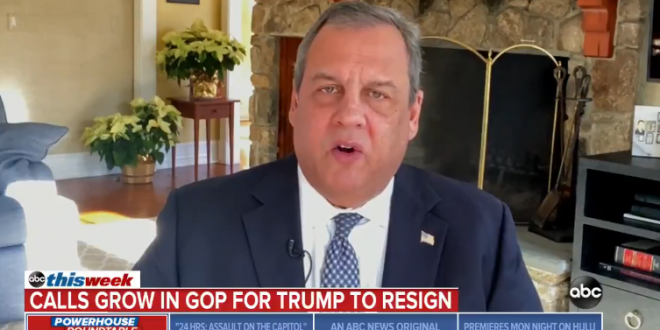 While appearing on ABC’s “This Week,” Christie, a former U.S. attorney who has supported Trump, said that Republicans in Congress would have to “vote their conscience” if an impeachment article is brought forward and “look at what happened.”

“What we had was an incitement to riot at the United States Capitol. We have people killed, and to me there’s not a whole lot of question here,” said Christie.

Chris Christie tells @GStephanopoulos Trump’s incitement of Capitol siege is an impeachable offense: “If inciting to insurrection isn’t, then I don’t really know what is.” https://t.co/FnD9YSf2TE pic.twitter.com/rONPP8C0x3