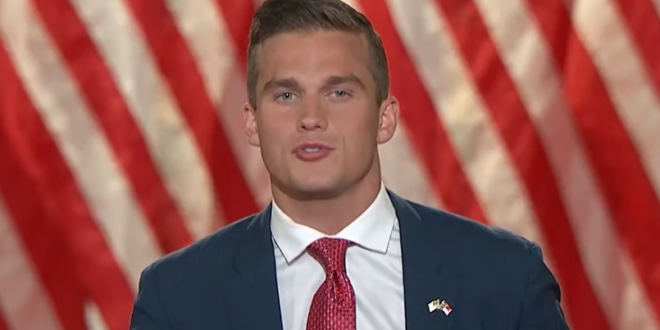 Cawthorn: “I Was Armed” During Capitol Riots

From an interview with Smokey Mountain News:

We were starting to be evacuated and the evacuation route is down stairs. Working with Capitol police, we figured out a way how we could make that more inclusive of the members who have disability problems.

I’ve got to hand it to fellow North Carolina congressmen Ted Budd and Richard Hudson. They really helped me. They got me down some steps. They moved a lot of the furniture that was used to barricade different doors so I could get through.

But because I had to take another route, we didn’t have our Capitol police escort so there were multiple times we needed to change the route we were taking just to be safe. Fortunately, I was armed, so we would have been able to protect ourselves.

Missed this, but Madison Cawthorn straight up told his local paper he had a loaded gun on him in the Capitol during the riots, meaning he brought a gun on the House floor. https://t.co/FswfonLCeh

GOP Rep. Madison Cawthorn Was Armed With Gun During Insurrection He Helped Incite https://t.co/ywgLUtlqNx via @Yahoo