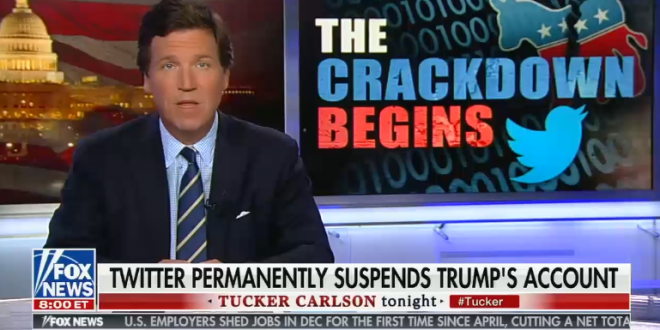 The crackdown on America’s civil liberties is coming. We told you that yesterday. Turns out it didn’t take long. It is here now. And it’s unprecedented. And it will have consequences. This will cause extremism. Actions taken to suppress extremism will cause it. Those unintended consequences, we don’t know.

Twitter has just announced that the sitting President has been banned permanently from the platform that is his primary means of public communication. Of course, they waited until the Democratic Party took power and they shut it down.

They are in control now. Silicon Valley oligarchs are more powerful than the President of the United States. And they want you to know it.