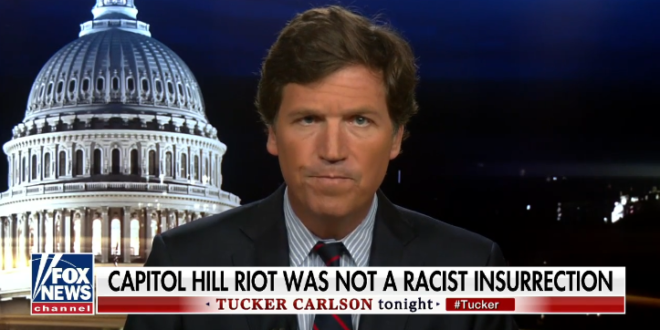 Carlson: The DC Riot Was Not A Racist Insurrection

Lying, political propaganda is its own form of violence. It destroys people’s minds. In the end, it enslaves them. You can judge for yourself what happened last Wednesday in Washington. Rarely has an event been filmed from more angles than that was.

Why are they demanding that you believe those lies? You should wonder about that. When your doctor claims that your broken arm is stage four pancreatic cancer, you need a second opinion. When he demands that you get chemotherapy, you need to run away, because something very dark is going on. And, indeed, something dark is going on right now.