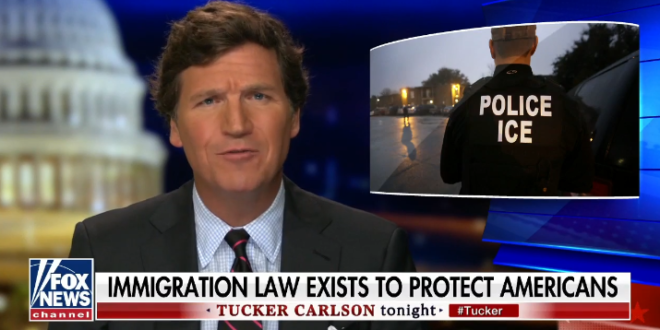 Carlson: Biden Wants To Bring In Killers And Rapists

But tonight when we say illegal aliens, we mean millions of illegal aliens, not just the countless undocumented Americans that Joe Biden tells us are busy curing cancer, winning Nobel Prizes and in general being a lot more impressive than you have ever been.

But this doesn’t apply simply to them. Biden’s order also includes non-Noble Prize-winning illegal aliens. That means criminals, rapists, murderers, other people who are dangerous to you and me.

So the message is clear. If you break our laws to get here, and commit violent felonies once you arrive, sometimes against American citizens, Joe Biden will reward you with blanket amnesty.