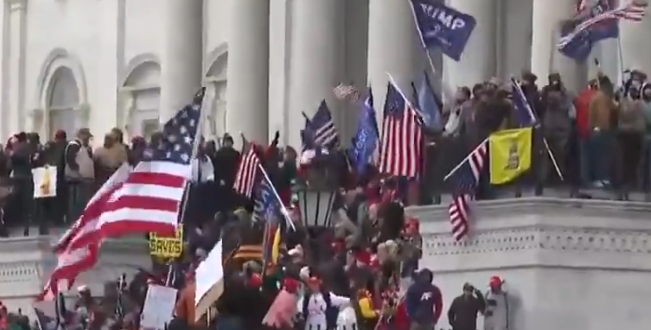 Two Capitol Police officers have been suspended and one has been arrested following the riots at the U.S. Capitol, reports Newsy’s Alex Miller. Miller reports that the information regarding the suspensions and firing came from Representative Tim Ryan.

Rep. Tim Ryan tells me he implored the interim U.S. Capitol Police chief this AM to speak directly with/update the press to help “rebuild trust” with their unit, “because of what happened so many members of Congress” & others “feel very betrayed and let down by what happened.”

Ryan tells reporters @ virtual briefing that a Capitol Police officer has been arrested since the Jan 6 attack. Said he told interim chief: “You need to make sure the press understands what’s going on here because it’s important the American people know you’re cleaning house.”