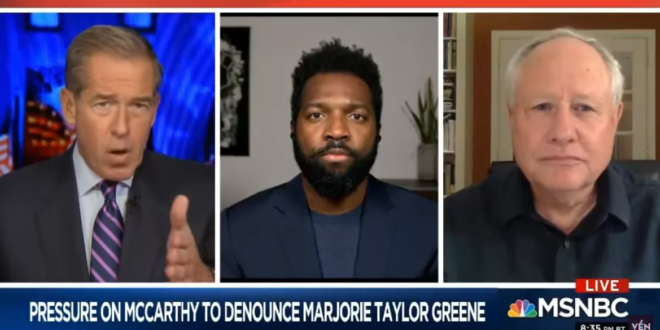 McCarthy traveled to Mar-a-Lago Thursday for a meeting with Trump less than two weeks after announcing on the floor of the House that Trump “bears some responsibility” for the Capitol insurrection that has now cost six lives.

That’s all the set-up you get. Watch.

The greatest news clip ever from @11thHour with Brian Williams! This sums up the meeting between @GOPLeader Kevin McCarthy and the Palm Beach bully. You won’t want to miss this 🤣 pic.twitter.com/RUma5yFhEJ