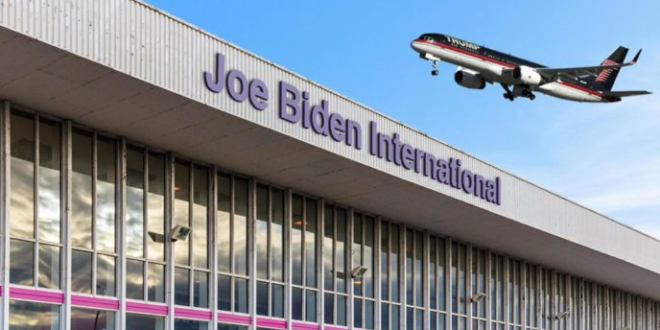 With reports that Donald Trump may fly to Scotland after he leaves office, BrewDog have started a petition to rename Prestwick Airport ‘Joe Biden International’.

The Scottish brewers BrewDog are known for their tongue in cheek antics, and have previously trolled Donald Trump by asking fans to name a beer inspired by him.

But now, co-founder of BrewDog James Watt is asking the people of Scotland to sign their petition to rename Prestwick Airport – where Trump often flies to when visiting Turnberry – ‘Joe Biden International’.

Whenever Trump visits his Turnberry resort, he flies in via Glasgow Prestwick, an airport he’s had numerous business dealings with over the years.

Now, there’s now a petition in Scotland to rename the airport after Joe Biden.