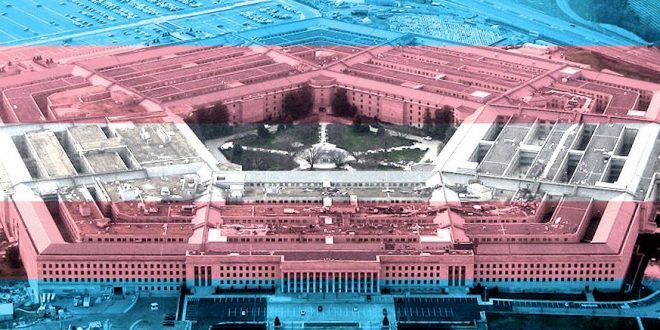 President Biden signed an executive order on Monday overturning the Trump administration’s ban on transgender Americans serving in the military.

The ban, which allowed the military to bar openly transgender recruits and discharge people for not living as their sex assigned at birth, affected up to 15,000 service members, according to tallies from the National Center for Transgender Equality and Transgender American Veterans Association.

A 2016 RAND Corporation study estimated that the number of active-duty transgender troops could range from 2,000 to 11,000, but stressed that the true number could vary based on self-reporting.

Today, President Biden honored a commitment he made during the 2020 campaign and announced the rescission of the discriminatory ban on open military service by transgender people. Lambda Legal and Modern Military Association of America (MMAA) have been fighting for three years to block the ban, filing a lawsuit more than three years ago on behalf six currently serving servicemembers, two transgender clients seeking to enlist, and three organizational plaintiffs, Human Rights Campaign (HRC), American Military Partner Association (AMPA), and Gender Justice League (GJL), The State of Washington also joined the lawsuit.

“This is a significant and hopeful moment for our country. Over the last 3 years, we’ve fought to prove that transgender people are not a burden, a hindrance, or a distraction – we are an equal and contributing part of this society just as much as any other group, and this development vindicates that basic principle” said Staff Sergeant Cathrine (Katie) Schmid, a 15-year active servicemember of the U.S. Army. “This isn’t simply about our place in the military, or my place in my unit. It’s about our right to be treated as co-equal members of society. This harmful and backwards policy will now be put where it belongs: in a very short, shameful chapter of US military history.”

“We look forward to turning the page on this dark chapter of our history and returning to the day when transgender people can once again serve their country openly, proudly, and equally. This ban was a low-water mark for our country, which defied the military’s own judgment permitting open service, and its reversal marks a recommitment to our country’s most basic promise of equality for all,” Lambda Legal CEO Kevin Jennings said. “This discriminatory ban cheapened the bravery and patriotism of transgender service members and transgender people seeking to serve. We are grateful to see President Biden take action to relegate it to the trash bin of history, where it belongs.”

BREAKING: President Biden has ended the ban on transgender military service set in place under the Trump administration.

A grateful nation salutes all who have served and hoped for this moment.