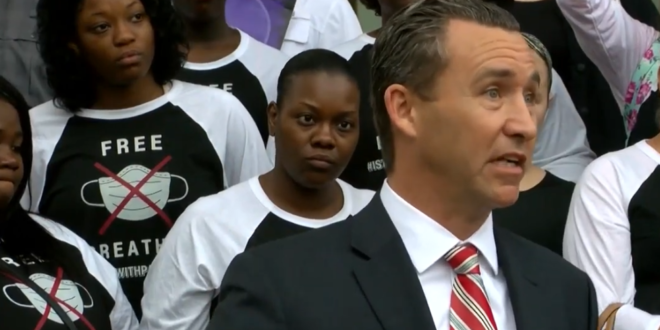 A judge in Louisiana has rejected a motion filed by controversial Pastor Tony Spell to quash six misdemeanor charges filed against him for holding church services in violation of state orders aimed at mitigating the spread of the coronavirus.

“You just ruled against God,” Spell said outside the 19th Judicial District courthouse. “Get ready for the judgment of God.” The pastor learned of the ruling through his attorneys, because his refusal to wear a mask barred him from the courthouse.

Dozens from his flock joined him outside the building — where they eschewed masks, held American flags and wore T-shirts in support of “free breathing.”

“We will never comply, and we will always resist,” Spell said. “We will always stand up for the word of God and the First Amendment of the United States.”

In the report below, Spell says, “It’s time to revolt.”