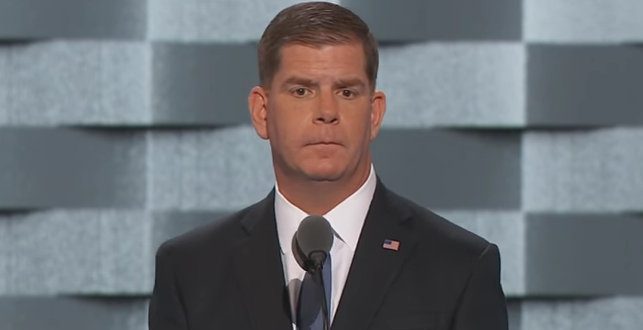 President-elect Joe Biden has picked Boston Mayor Marty Walsh, a former top union leader, to serve as his Labor secretary, according to four sources, ending a selection process that split the labor movement and stoked diversity concerns among Democrats.

Biden was widely expected to choose a Labor Department head who enjoyed the support of unions, given the president-elect’s long-standing ties with labor leaders, his support for the right to organize and the key role the agency will play in implementing the sweeping pro-worker agenda he campaigned on.

Walsh and Biden also have strong personal ties. Not only did Biden speak at the mayor’s 2017 inauguration, but the two have been spotted together in Boston at the anniversary of the marathon bombings, at a Stop & Shop workers rally and at dinner.

Fantastic news. As a union leader, @marty_walsh will bring the commitment to workers and working families that is desperately needed right now. His tremendous leadership in Boston on climate action, health care, and social justice make him ready on day 1. https://t.co/e30V75aCYg