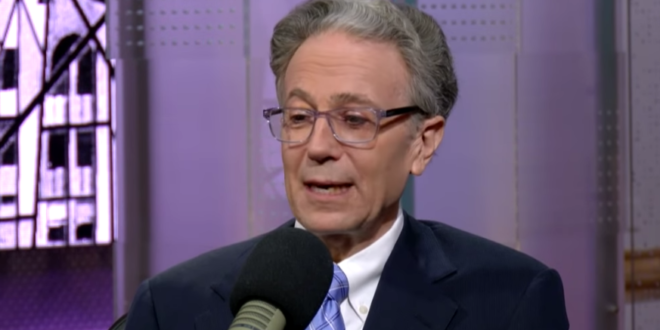 The Trump appointee overseeing the Voice of America and other U.S.-funded broadcasters resigned on Wednesday at the request of the Biden administration, after a tumultuous tenure marked by accusations he was undermining the networks’ editorial independence. Michael Pack, CEO of the U.S. Agency for Global Media, said his resignation was effective at 2 p.m. EST, just two hours after Joe Biden became the 46th president of the United States, according to an email sent by Pack to staff.

Since Pack took over at the agency last year, he has fired senior executives and governing boards, refused to renew visas for dozens of foreign journalists and faced scathing criticism from Congress and a federal judge. News of Pack’s resignation came only a day after employees filed a whistleblower complaint accusing him of hiring a law firm at a cost of $2 million in taxpayers’ money to conduct investigations of employees he wanted to remove.

Chairman @RepGregoryMeeks: A welcome step by President Biden to restore American diplomacy, integrity, and commitment to editorial independence at USAGM. I look forward to supporting @USAGMgov as it rebuilds under professional and non-partisan leadership.https://t.co/VvsgblWEbt

US Agency for Global Media Michael Pack resigns, effective 2pm, after waging war on his executives and the international news networks they oversee. A Trumpian legacy of ideological clashes, lawsuits and scandal. More to come.

Biden has fired Michael Pack — the Trump appointee who, under Bannon’s tutelage, utterly gutted VOA and tried to make it into an authoritarian-style mouthpiece.

Good riddance. What a disgrace all these clowns have been. https://t.co/mD0xVp4OJJ

Michael Pack, who did indescribable harm to VOA et. al, goes whining into the sunset. pic.twitter.com/t1bgYwwb9q