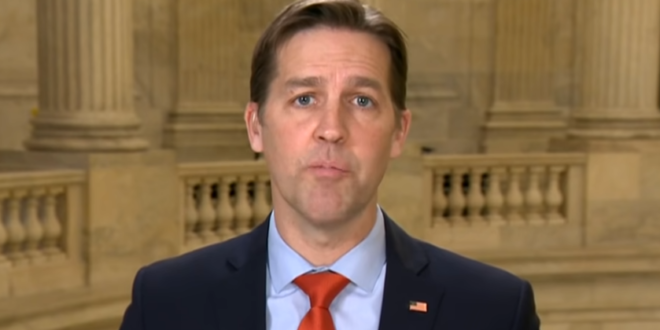 Ben Sasse: QAnon Will Destroy The GOP From Within

If and when the House sends its article of impeachment against Trump to the Senate, I will be a juror in his trial, and thus what I can say in advance is limited. But no matter what happens in that trial, the Republican Party faces a separate reckoning. Until last week, many party leaders and consultants thought they could preach the Constitution while winking at QAnon. They can’t. The GOP must reject conspiracy theories or be consumed by them. Now is the time to decide what this party is about.

Marjorie Taylor Greene is cuckoo for Cocoa Puffs. She once ranted that “there’s a once-in-a-lifetime opportunity to take this global cabal of Satan-worshiping pedophiles out, and I think we have the president to do it.” She’s already announced plans to try to impeach Joe Biden on his first full day as president. If the GOP is to have a future outside the fever dreams of internet trolls, we have to call out falsehoods and conspiracy theories unequivocally. We have to repudiate people who peddle those lies.

“We can be the party of Eisenhower, or the party of the conspiracist Alex Jones. We can applaud Officer Goodman or side with the mob he outwitted. We cannot do both.”