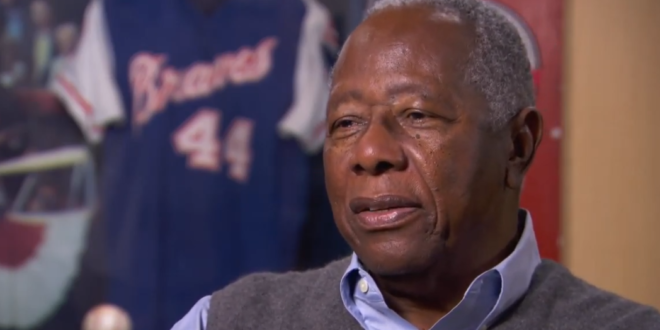 He is the one man that Muhammad Ali said he idolized “more than myself.” He became known to the world as “Hammerin’ Hank.” Legendary Atlanta Brave and Major League Baseball record holder Hank Aaron died Friday at the age of 86, according to Aaron’s daughter.

Aaron won the National League batting title in 1956 and won his only MVP award the following year after hitting 322 and finishing in the top three in all three triple crown batting categories. He capped his MVP ’57 season by clinching the pennant with a home run in inning 393 in a seven-game World Series victory over the New York Yankees.

We are devastated by the passing of Hammerin’ Hank Aaron, one of the greatest players and people in the history of our game. He was 86. pic.twitter.com/bCvLOydGBZ

RIP to a baseball legend and one of the greatest icons in sports, Henry “Hank” Aaron pic.twitter.com/RvLXkrPsYB

BREAKING: Baseball Hall of Famer Hank Aaron has died at the age of 86. He was recently in the news after receiving a COVID-19 vaccine, earlier this month. His cause of death has not been revealed. @fox6wakeup #RIP pic.twitter.com/9ut2Y22QHW