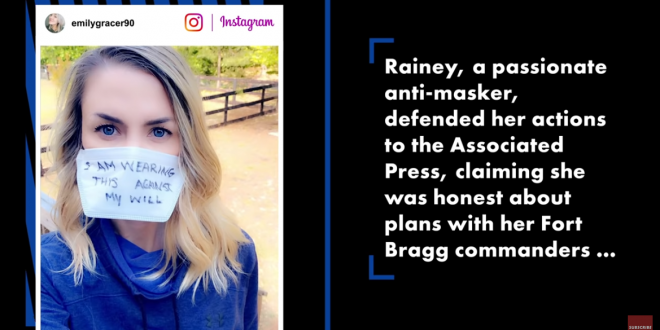 An Army psychological warfare officer is being investigated for busing people more than 300 miles to attend the Trump rally that turned into deadly riots at the Capitol, Army officials have confirmed.

Capt. Emily Rainey, 30, confirmed to the Associated Press that she led more than 100 people to Washington, DC, on Wednesday as part of a North Carolina protest group she heads called Moore County Citizens for Freedom.

While her commanders at Fort Bragg are reviewing her involvement in the rally, Rainey said she was fully up front about her plans to go — and insisted her group was not involved in storming the Capitol.