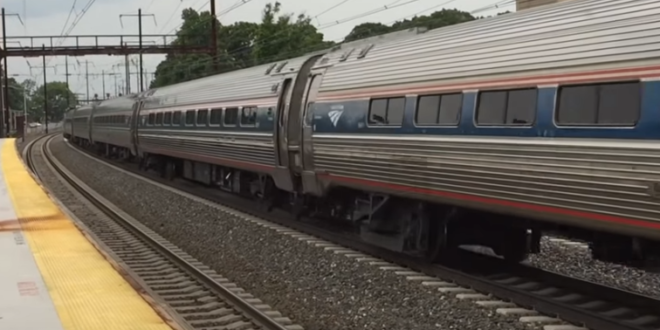 Amtrak To Suspend Some Service For Inauguration

The Northeast Regional line won’t be operating in Norfolk, Richmond, Lynchburg or Roanoke on Tuesday or Wednesday.

“After last week’s violent attack on the U.S. Capitol, we are taking extra steps to continue ensuring the safety of our employees and customers in Washington, D.C., and across our network as we prepare for the Inauguration,” Amtrak said in a statement.

President-elect Joe Biden will no longer take an Amtrak train to Washington ahead of Inauguration Day next week, according to a person familiar with the plans. It is not yet clear how Mr. Biden will travel to the inauguration.

As of Tuesday, the Biden team was still planning the train arrival event, CBS News was told.

But the sudden change in plans came as the president-elect was briefed on Wednesday by the Federal Bureau of Investigation and the Secret Service about security concerns surrounding Inauguration Day, following the attack on the Capitol on January 6.

Amtrak’s police chief on the inauguration :

“This is as serious of a law enforcement threat as I’ve seen, potentially, in my career.”https://t.co/7gmUvEW5rq